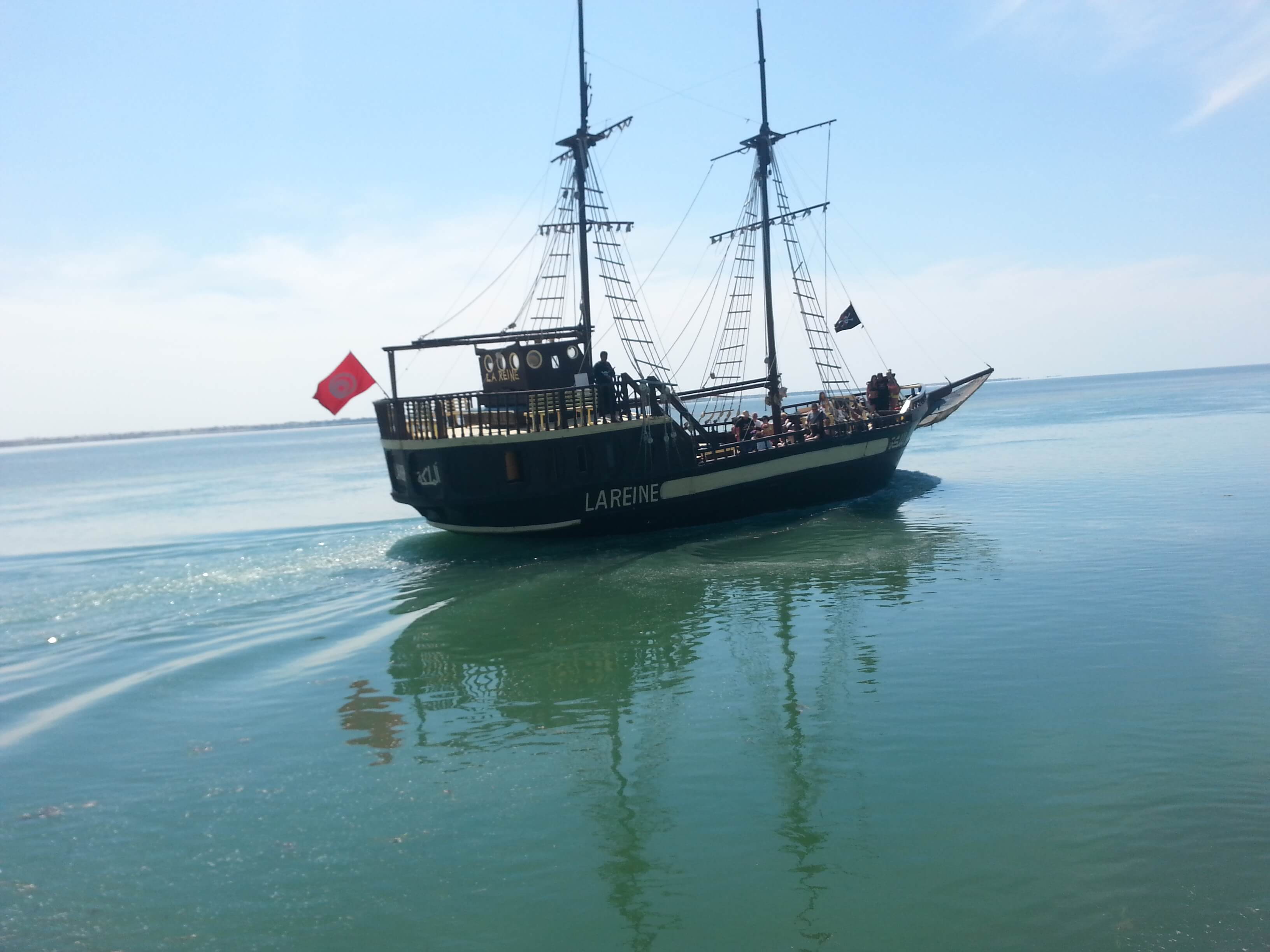 Costa Rica: a journey under the sign of discovery

Costa Rica is a vast territory of 51 000 km² where adventure and scenery are always at the rendezvous. The time of a stay in the heart of this country, located between the Pacific Ocean and the Caribbean, tourists will spend an unforgettable holiday. Among other things, this region is a destination of choice for nature lovers. Indeed, it must be known that it contains not less than 4,5% of the planet's biodiversity. Near 840 bird species, 1 250 tree species, 1 190 species of orchids, 230 species of mammals and 360 species of amphibians as well as reptiles are recorded there. By way of information, about 24% of its land has been declared an ecological protected area. Backpackers will find forest or biological reserves and wetlands. In short, it's a real paradise for eco-tourism enthusiasts and hikers from all walks of life.

Storming the province of Guanacaste

In order to take full advantage of a Costa Rica tour, a detour in the province of Guanacaste is highly recommended. On site, several national parks are listed, to name only the Parque Nacional Palo Verde, the Parque Nacional Barra Honda and the Parque Nacional Rincon de la Vieja. Among all these sites worthy of interest in Guanacaste, Parque Nacional Marino Las Baulas is undoubtedly one of the places that attracts the most visitors. It is a nesting place for the Baula turtle or Luth turtle, the largest in the world with a weight of up to 700 kg. This endangered species is laying eggs on the beaches of this protected area between October and March. It is quite possible to attend this unforgettable show provided you follow some rules. Among others, it is strictly forbidden to take pictures, film or use lighting to avoid disturbing turtles.

In Costa Rica, camping under the stars is feasible. This alternative saves and immerses you in Costa Rican nature. In this country, wild camping is acclaimed by both locals and foreigners. For the Ticos, it's an opportunity to get together as a family, have a barbecue and have a good time with friends or neighbors. In Costa Rica, various sites are conducive to this type of outdoor activity such as Santa Rosa National Parks, Palo Verde, Barra Honda, the Carara Biological Reserve or Ostional National Refuge. As far as safety is concerned, caution is needed, because wild camping sometimes has its advantages, but it also has its minor disadvantages. For example, it is not advisable to raise a tent on the banks of a river. Indeed, water is a living environment for crocodiles and these reptiles may at any time to visit the carefree adventurers.

The Boat is a great restaurant located in Hammamet in a floating boat at the bottom of the sea Yasmine Hammamet Marina. In an excellent setting, a warm atmosphere and an intimate atmosphere, come taste the gastronomy of a tasty cuisine! The restaurant offers Tunisian, Mediterranean and seafood dishes.

The restaurant Sidi Bouhdid is characterized by an ideal location: located right on the seafront in a traditional setting at the edge of the medina.

The citrus golf course located in Yasmine Hammamet: beautiful city characterized by its sandy beaches, exotic vegetation and pleasant atmosphere all year round.

the hotel Dar Hi is characterized by its exceptional location, in the heart of the village with a superb view of the Nafta basket. It benefits from a modern architecture and a simple and sophisticated decor at the same time.

El Berka Lounge Tea Room, is a quiet, lovely and fantastic space to spend a nice day with your family. The establishment welcomes its guests with a family atmosphere and an enchanting setting.

Big Baba's this luxurious restaurant with refined decor, warmly welcomes you with its beautiful setting and excellent service! In fact, the restaurant offers great ice cream with various tastes! It is the ideal place for a tasting in the afternoon or during the evening in summer as in winter! Address: Sousse.

The restaurant La Daurade is a nice restaurant very well located on the beautiful Marina de Sousse. However, this restaurant warmly welcomes you with its smiling and helpful staff in a friendly and refined atmosphere! La Daurade offers a varied cuisine traditional and international with a fast service and superior quality. Address: Port El Kantaoui Sousse TN 4089. Phone: + 216.20.15.57.33. Average budget: 35DT.

The ibis is a high class hotel, suitable for travelers who enjoy leisure, comfort and entertainment. The three-star hotel is ideally located near Carrefour National Airport, Salammbo Oceanographic Museum and Tunis Zoo. 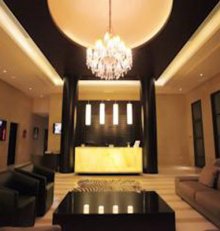 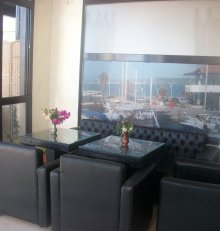 The Ksar Ghilane, a traditional hotel of 4 stars located on four acres is located in the south, in the Tunisian desert surrounded by its own oasis. The establishment is built of Bedouin stone and canvas to remind of the traditional dwelling of the great Tunisian desert. Rooms The Yadis Camp Ksar Ghilane has 60 accommodations, which are equipped with air conditioning, an individual bathroom, hospitality products, and hairdryer, to provide you with a comfortable and relaxing stay in Douz. The hotel has a restaurant that serves traditional dishes of the region and Mediterranean dishes. Ksar Ghilane also has a bar with a direct view of the pool, which offers drinks and cocktails throughout the day. Activities Animation with folk groups. • evenings in the dunes ... under Berber tents • visit nearby towns, Douiret, Matmata, Medenine, Toujène ... • visit Ksar Ouled Soltane. • discovery of the desert out of a day / night, with guide ... 4 * 4 excursions, horseback riding, camel trekking. Thalasso To provide relaxation, well-being and relaxation in the middle of the Sahara, the hotel offers you the time of a pleasant [...]

Colombo, a destination in its own right not to be missed in Sri Lanka

Colombo is a must stop on the Sri Lankan island. This city, formerly known as the "Garden City of the East", seems an excellent starting point for a Sri Lanka tour. It is on the west coast of the country and is its center of economic activity. This destination is full of colonial heritage, markets and businesses. Its old neighborhoods are full of surprises. They are crisscrossed with restaurants where visitors can savor local cuisine. In addition, Colombo, the Sri Lankan economic capital, is made up of museums and galleries. It is to discover during the dry season, generally from January to March. During this period, the area is crowded with tourists. Thus, the bourlingueurs are invited to reserve their accommodation in advance. In addition, Colombo is typically decorated on the occasion of Vesak. It's a religious holiday that takes place in May. During the ceremony, the city is full of colors and lights. The neighborhood of the Fort, a colonial jewel of Colombo To begin their adventure, the wanderers will be able, among others, to walk in the typical districts of Colombo starting from that of the Fort. This locality is punctuated by buildings dating from the period of British colonization. [...] 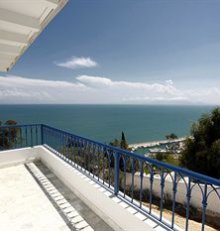 The hotel Sousse Azur is located in the city center of Sousse, 100 meters from the pleasant beach of Boujaafar and 10 minutes walk from the old city (Medina). 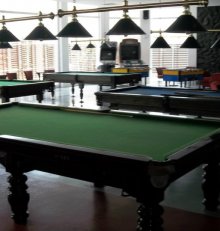 The Golden Bowling, is a versatile recreational place despite its name, is located on the banks of Lake Tunis, four kilometers north-east of the capital Tunis. In addition to its service of a tea room, It offers you various activities: - Bowling. - Animations for holidays. - Children's attractions. - Pool. - Family leisure centers. - Snacks. - Tennis courts.

Timbuktu - The city of "333 saints" is reborn from the ashes

Located at the gateway to the Sahara Desert, Timbuktu is one of Africa's most historic cities: the city called "333 saints" was born in the fifth century and has reached its cultural peak and economic in the fifteenth and sixteenth centuries. At that time, it was a high place of dissemination of Islamic culture with Sankore University including 180 Qur'anic schools and 25 000 counting students. It is also a crossroads and a real trading place where Teghaza manuscripts and salt from the north are traded, sales of gold, cattle and cereals from the south. The mythical city of Timbuktu is reborn from the ashes after having been touched by a conflict that has recently faded. More than 1 000 km north of Bamako, discover a city always majestic. Shootings and a few days were enough to annihilate centuries of history but for a year 160 Malian craftsmen were mobilized for the reconstruction of mausoleums slaughtered. This gigantic task is a real challenge for these craftsmen who have had to combine the challenges of modernity with the techniques [...]

Some tips on planning your trip by camper

Are you planning to go on a motorhome trip? It's a good idea to start your vacation. Apart from the many stops that will make you discover and admire new and more beautiful surrounding landscapes, this type of trip promises more than rewarding benefits. However, you need to refer to some tips to carry out your trip. Here are some of them. Plan the route and respect the charter of good driving En route With the motorhome, you can browse all the sites that interest you while being comfortable. In order to save more time, you will need to plan your circuit first. Consider the distances your car must travel. Avoid at best tiring yourself with long distances. Plan breaks to take full advantage of the scenery that surrounds each destination you visit. Once on the road, you must also set a good example for other campers. The charter of good conduct states that you must respect the nature that surrounds you, you avoid grouping yourself or parking in prohibited places, you will be brought to be courteous, discreet and in perfect harmony with the locals, etc. Well […]

Here are some travel sites that referenced us: Stay in Tunisia: http://www.liketunisia.com/: Tunisia offers a selection of the best offers of hotels, restaurants, travel agencies and rental agencies of cars. http://www.site-thailande.com/ Site Thailand - Internet directory Alps photos the mountain in pictures Change the theme of your trip and opt for visiting unusual places in France or elsewhere with http: //www.lieux- unusual.com/ Find the best hostels, hostels and cheap hotels in the world at best prices on hostels.net.